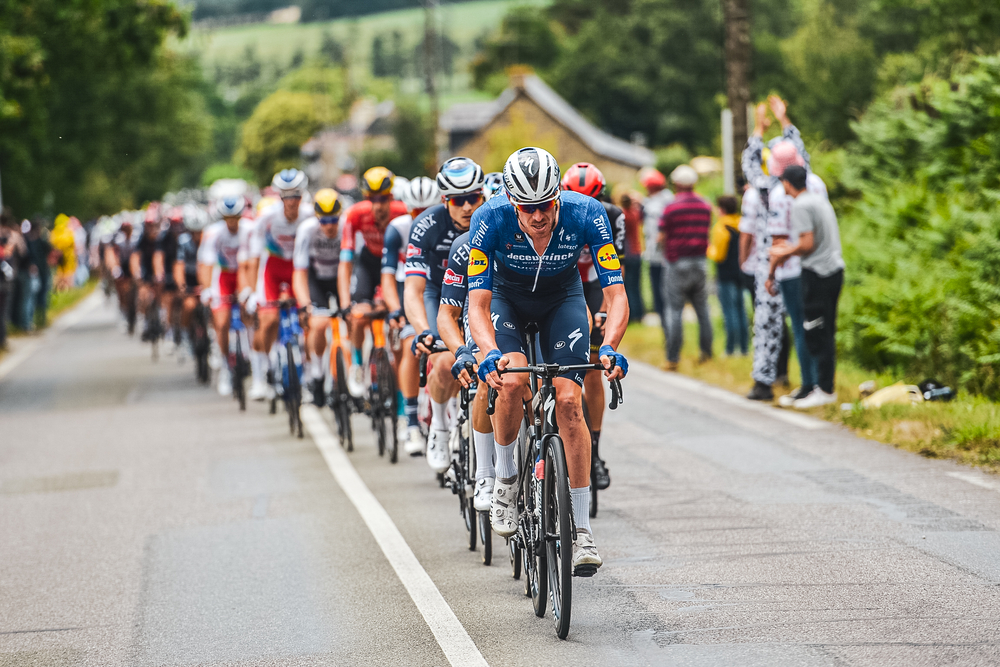 Today’s stage proved that not only is the Tour de France back, but so is Mark Cavendish.

After yesterday’s stage 3 when a spectator took down almost half a peloton so she could wave her flag for TV cameras, can we say, like the world after a pandemic, the Tour is slowly coming back to normal?

Let’s just say this, Cavendish was the last rider selected by Deceuninck-Quick Step as a substitute to last year’s green jersey winner Sam Bennett for this year’s Tour. He’s also been left out of the Tour for the past two years. There’s nothing like “I told you so,” Cav’ for this 36-year-old sprinter.

Winning a flat sprint stage has always been his speciality, but the Cav’ took his 31st TDF stage victory today, only three less than record holder Eddy Merckx. What’s more, it’s been five years since his last TDF stage win. Nacer Bouhanni and Jasper Philipsen were close behind him in the bunch sprint finish.

Mathieu van der Poel held onto the Yellow Jersey since he cinched it on Stage 2.

Tomorrow will test the riders with an individual time trial in Changé.

Périchon and Van Moer in the lead

The stage started with 177 riders without Caleb Ewan who is out with a broken collarbone which he sustained in the sprint yesterday. Ewan’s team-mate Brent Van Moer (Lotto-Soudal) was perhaps seeking universal vengeance, and was first to attack at the 10 km mark.

Pierre-Luc Périchon (Cofidis) joined him and their maximum lead was 2’50’’ at 38 km. Behind them Deceuninck-Quick Step drove the pace, until Kristian Sbaragli set the pace for the Alpecin-Fenix team for race leader Mathieu van der Poel. In the second half of the race, Bruno Armirail (Groupama-FDJ) helped stabilize the time gap around 2 minutes.

Van Moer outsprinted Périchon at the intermediate sprint in Vitré (km 114) on the same line where the Route Adélie comes to an end every year. The peloton was only 1’20’’ behind. With 15 km to go, the difference was down to 30’’ as team Ineos Grenadiers sped up after taking over from the sprinters’ teams. Van Moer rode away solo 14 km before the end and gave it his all. The Belgian rider increased his lead to 1’ with 10 km to go.

Van Moer got reeled in with 150 meters to go. It looked like Philipsen was going to make it three in a row for Alpecin-Fenix but Cavendish came out of the bunch at the very end to take his victory in Fougères, the place where he won previously in 2015. Cavendish, 36, is also back in the green jersey he won in 2011 while van der Poel retains the Maillot Jaune.