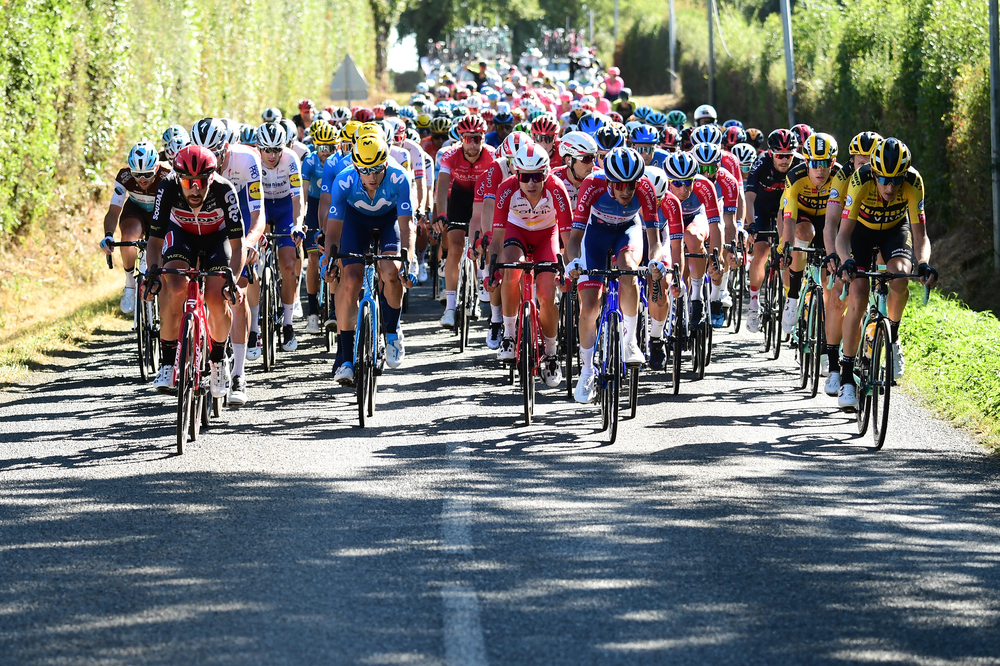 Caleb Ewan (Lotto-Soudal) took his second Tour de France victory this tour, and the fifth in his career after he managed to fend off Sam Bennett (Deceuninck-Quick Step) in a tight sprint finish in Poitiers. Peter Sagan sent an elbow jab at Wout van Aert on the right hand side, but their tussle caused them to both lose the finish. Still a photo-finish was needed to determine that Ewan took his second stage win, as all four wheels seemed to roll across the finish at once. There was talk that Sagan could lose points for his action.Primoz Roglic (Jumbo-Visma) continues his three-day hold on the Yellow Jersey.

The Stage
The field was down to 163 riders at the start of stage 11 at Châtelaillon-Plage with one non-starter, Davide Formolo (UAE Team Emirates). Matthieu Ladagnous (Groupama-FDJ) attacked as at the start and formed a five minute lead at km 18 as the peloton didn’t react.Oliver Naesen (AG2R-La Mondiale), Stefan Küng (Groupama-FDJ), Jasper Stuyven (Trek-Segafredo), Lukas Pöstlberger (Bora-Hansgrohe), Tom Van Aesbroeck (Israel Start-Up Nation) and Michael Gogl (NTT) counter-attacked at km 20.Deceuninck-Quick Step stepped up the pace to bring them back in about 10 km later. Then, Ladagnous’ advantage was

down to 1’ at km 31 but it went back up as soon as the peloton was all together again.

Ladagnous Has the Longest Solo Break this Tour
Ladagnous soon became the longest solo breakaway so far this year. He took the only King of the Mountain point on this flat stage at the côte des Cherveux, km 91.He also passed the intermediate sprint alone in the lead 1’45’’ before Sam Bennett who extended his lead over Sagan in the points classification.At 43 km before the end of the stage Ladagnous was caught. Gregor Mühlberger (Bora-Hansgrohe) quit the Tour due to sickness, while Ion Izagirre (Astana) abandoned after crashing at Lavausseau with 29km to go.
Ewan Wins His Second Stage
Lukas Pöstlberger (Bora-Hansgrohe) attacked with 7 km to, rejoined by Kasper Asgreen and Bob Jungels (Deceuninck-Quick Step).The peloton was all together again with 2 km to go. It was another tight finish between Ewan and Bennett while Sagan fought elbow to elbow with Wout van Aert on the right hand side.