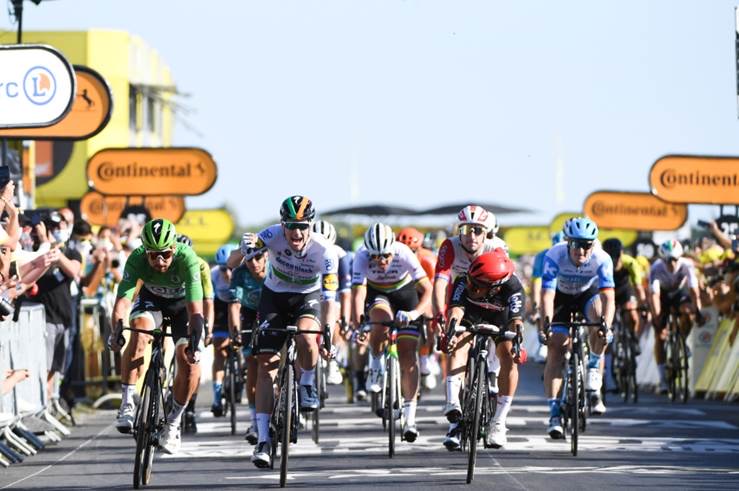 Sam Bennett of Deceuninck – Quick – Step won stage 10 in a bunch gallop on the scenic Ré island that hosted the Tour de France for the first time.

An Irish Islander himself, he was able  to use the elements to his advantage, including the three-quarter head wind to fend off Caleb Ewan, the fast man from Australia.

Bagging his first Tour de France win after imposing himself at the Giro d’Italia and La Vuelta, Bennett also took over the green jersey from Peter Sagan who crossed the line in third place while Primoz Roglic retained the yellow jersey.