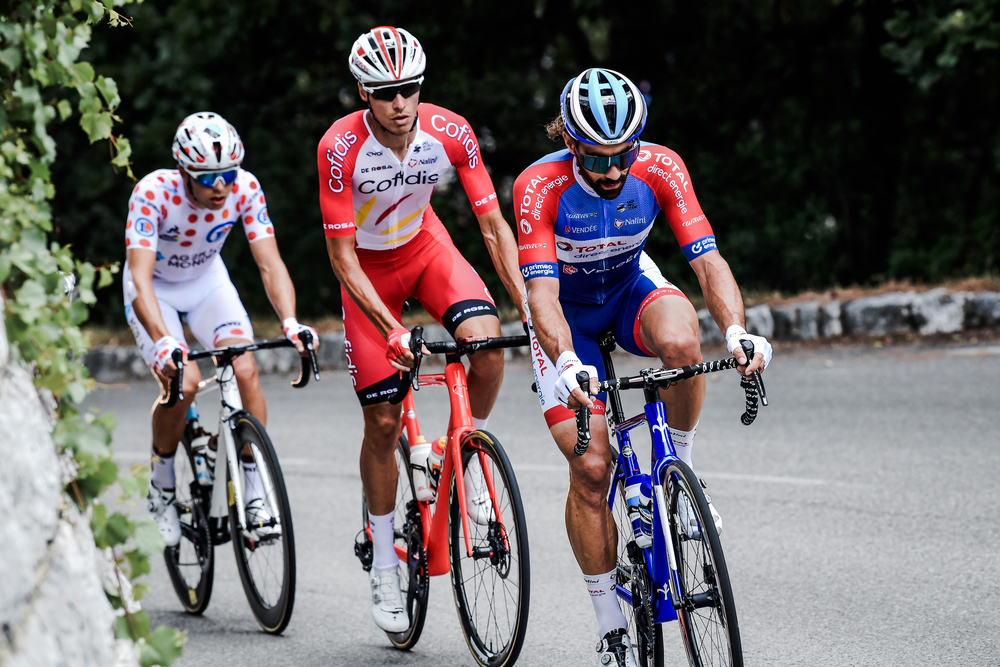 Another close sprint in the third stage of the Tour de France brought Caleb Ewan of Lotto-Soudal to the finish line in Sisteron today, where he bested Irish Champion Sam Bennett, and European champion Giacomo Nizzolo of NTT Pro Cycling. Julian Alaphillipe retained the Yellow Jersey after finishing with the field.

Said Alaphilppe after the stage, “We respected our plan to control the

stage with the team all day, defend my jersey and sprint for Sam Bennett. There’s a little bit of a disappointment that he came second but myself being in yellow is pure happiness.”

Starting stage 3 at the Allianz Stadium in Nice, Jérôme Cousin (Total Direct Energie) was the first attacker straight from the flag. Anthony Perez (Cofidis) went across to him, marked by Oliver Naesen (AG2R-La Mondiale) who was riding in protection of Benoît Cosnefroy, the leader of the King of the Mountain competition.After only 7 km of racing, Naesen sat up forcing the group to wait for the peloton, and now with his team-mate in the right place to defend the polka dot jersey.

The leading trio formed of Cousin, Perez and Cosnefroy reached a maximum advantage of three minutes at km 11.Perez outsprinted Cosnefroy at the first two cat. 3 climbs of the day: col de Pilon (km 55) and col de La Faye (km 63.5). With an advantage of two points, Perez was mathematically assured of taking the polka dot jersey.Cosnefroy and Perez stopped working at km 71 and waited for the peloton, leaving Cousin alone in the lead. It gave a moment of rest to Deceuninck-Quick Step, the only team pacing the peloton, mostly with Tim Declercq and Rémi Cavagna.At km 78, Cousin held his maximum advantage to the peloton of 4

minutes. Cosnefroy sprinted from the peloton to get one KOM point at the col des Lèques (km 117.5). He took the downhill with his team-mate Nans Peters while Perez punctured and eventually crashed out. The Cofidis rider was forced to abandon with a broken collarbone.

Cousin got pulled back with 16 km to go, and the sprinters’ teams fought for positioning in the last ten kilometers.

the right side of the road and Ewan jumped out of the wheel of the Irish champion to score his fourth Tour de France stage victory after the three he got for himself in his first participation last year.

Cosnefroy who retained the Polka Dot jersey lamented Anthony Perez’s crash.”I’m happy to retain the jersey but my thoughts are with Anthony who should have taken it but he crashed out. I also crashed again today and I landed on the same injured parts of my body. It’s not ideal but I can’t complain when I see what happened to Anthony.”

Said Alaphilippe about his prospects for retaining Yellow, “It’s another hard stage with an uphill finish tomorrow but I’ll give it all to retain the jersey once again.”