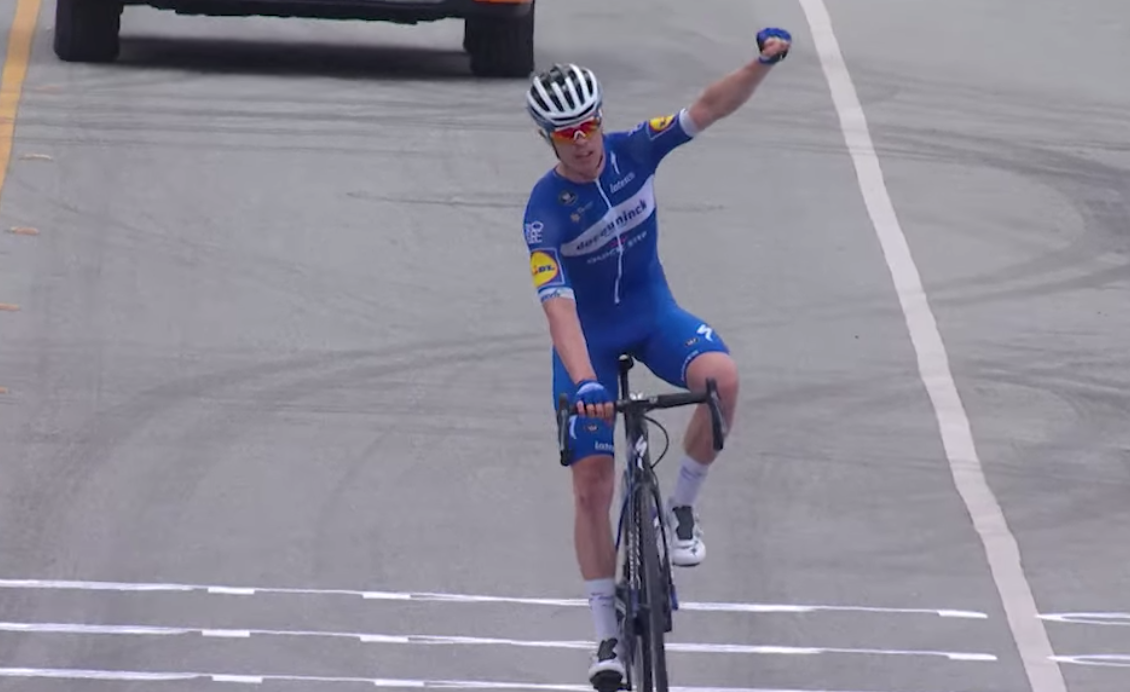 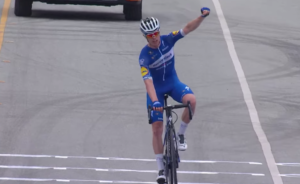 For the second day in a row, a Deceuninck – Quick-Step cyclist claimed his first World Tour stage win at the Amgen Tour of California, when 23-year-old French rider Rémi Cavagna rode solo for hours maintaining a lead of several minutes ahead of the peloton.

About an hour into the race day, a breakaway including the USA Cycling National Team’s reigning U.S. U23 National Champion Alex Hoehn (Lenexa, Kansas) and Cavagna (FRA) built their lead to over 10 minutes and ended up spending 100 miles out front of the 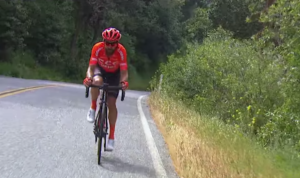 Stage 3 featured a 129.2-mile ride from Stockton to Morgan Hill, including the first HC (above category) climb of the race at Mt. Hamilton.

A pack of EF Education First Pro Cycling riders led the peloton, protecting race leader Tejay van Garderen (Tacoma, Wash.) and pulling the gap down by a couple of minutes as the stage progressed. 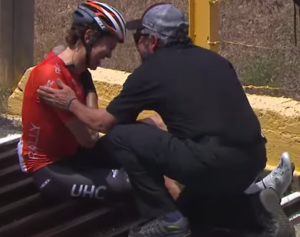 Van Garderen came over the Morgan Hill finish line with his six-second overall race lead intact to retain the leader jersey, in the same city where he picked up the 2018 yellow jersey for two days following the Time Trial stage in last year’s race.

Cavagna attacked Hoehn at the base of Mt. Hamilton, lengthening his lead on the way up to crest the summit and continue the rest of the stage solo, securing the Breakaway from Cancer® Most Courageous Rider Jersey for his efforts.

Coming over that summit second as well as on the final King of the Mountain (KOM) climb of the day on Quimby Road, Hoehn moved into the lead in the KOM competition.

Simon Geschke (GER), a Tour de France stage winner riding for the CCC Team, broke away from the pack to chase the leaders at around 15 miles left to go and was soon joined by Team Dimension Data’s Ben King (Charlottesville, VA). The duo caught Hoehn about two miles from the finish line, with King sprinting to the second-place stage finish, and Geschke taking third.