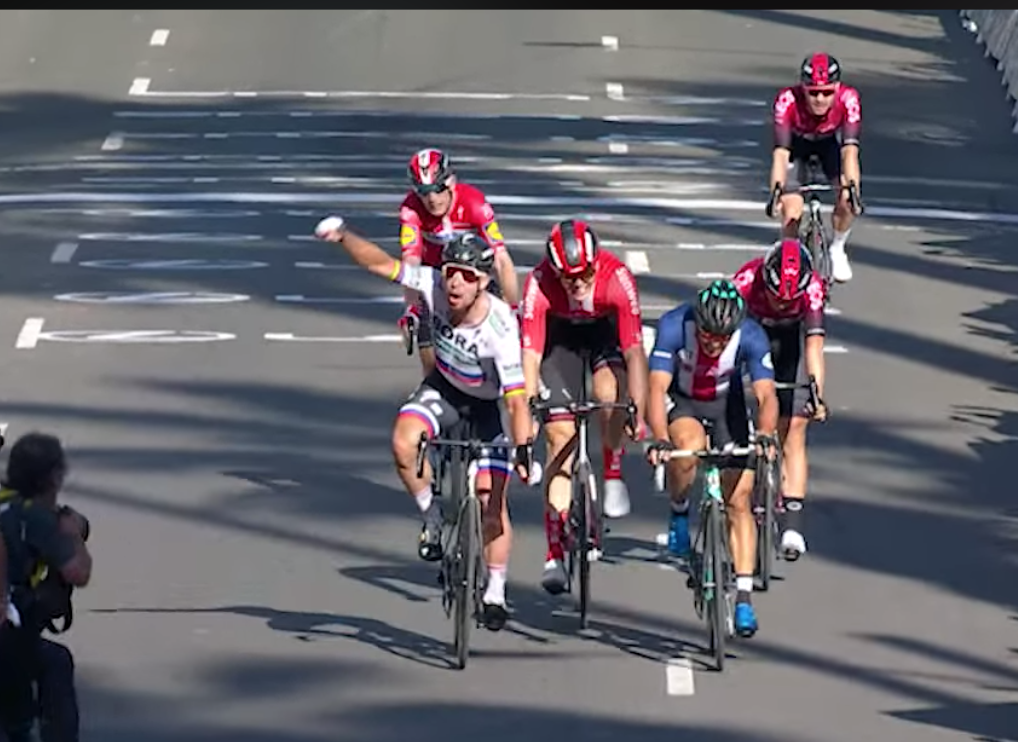 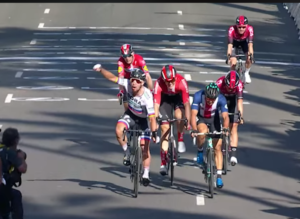 It was an auspicious beginning to the Amgen Tour of California, as Sagan showed his determination to make a showing at this annual American competition.

McCabe, who is celebrating his 30th birthday today. Sagan placed second twice before on this finish behind Mark Cavendish in 2015 and 2016.

Third for the stage was Maximilian Walscheid (GER) of Team Sunweb, which set a blazing tempo around the Capitol Circuits to get him in prime position for the final sprint.

“We will see here day by day how it’s going,” said Sagan. “I had stopped [winning] for one year, last year I didn’t win, but I am very happy that I could catch another one. If I can continue like this, it’s gonna be nice to hold some record here in the Tour of California.”

Stage 1 was an 88.9-mile ride beginning and ending in the shadow of the State Capitol Building, with a three-circuit finish.

“I felt great, I thought I was closing in on him [Sagan]; I had to come from four or five wheels back … I can’t be more happy with second place; losing to a World Champion is not a bad thing,” said McCabe.