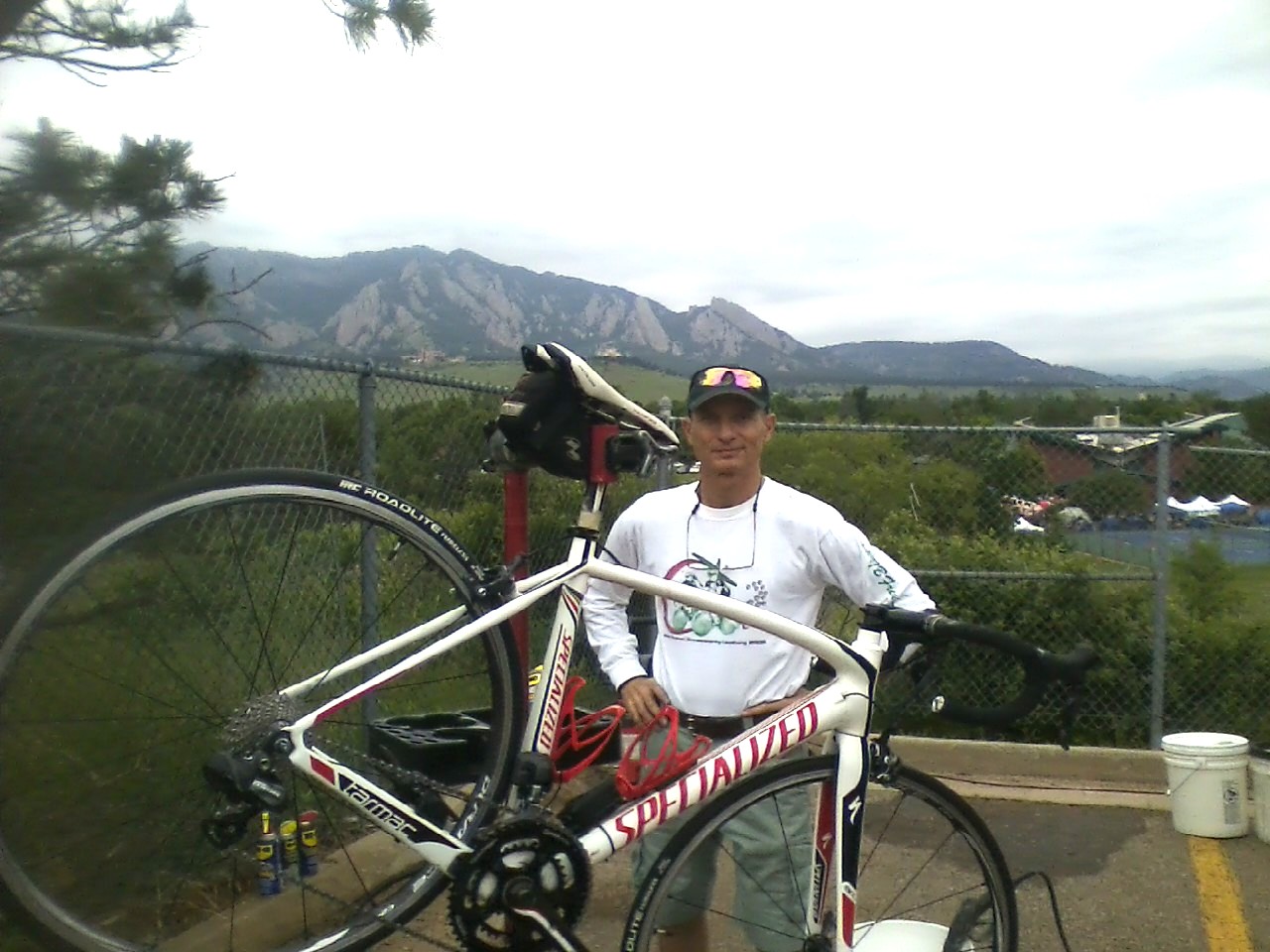 It was a total ascent of 10,500 feet, and in the last hour I was starving.  And we gotta go out again tomorrow.

We started at around 7 AM this morning in Boulder, CO.

About a week ago, I had a bad cold, and had to take antibiotics. But my doctor gave me the go-ahead.

We had wind, we had hail, we had lightening, and we had snow. You name it, we had it.

The only thing we didn’t have was a tornado.

Yes, in the middle of summer. It’s horrible.

I am 63 years old, and I normally live in Florida. Hah!

A 69-year-old woman who has done this about 10 years in a row told my friend this was the hardest Ride the Rockies she has ever done.

There was no problem with the down hills. But it’s snowing right now in Winter Park, and the temperature is 28 degrees fahrenheit.

Tomorrow it’s going to be cold in the morning, but I am dead on my ass.

The only picture I have is when we were waiting for the bus and I was hyper thermic.  One woman was put in the emergency vehicle because she was blue.